I have been playing cello for around three years now, and I thought it would be useful to create figures showing which finger positions are in a given scale.  As usual, I turned to Matlab for help.  The program I created takes in three inputs: 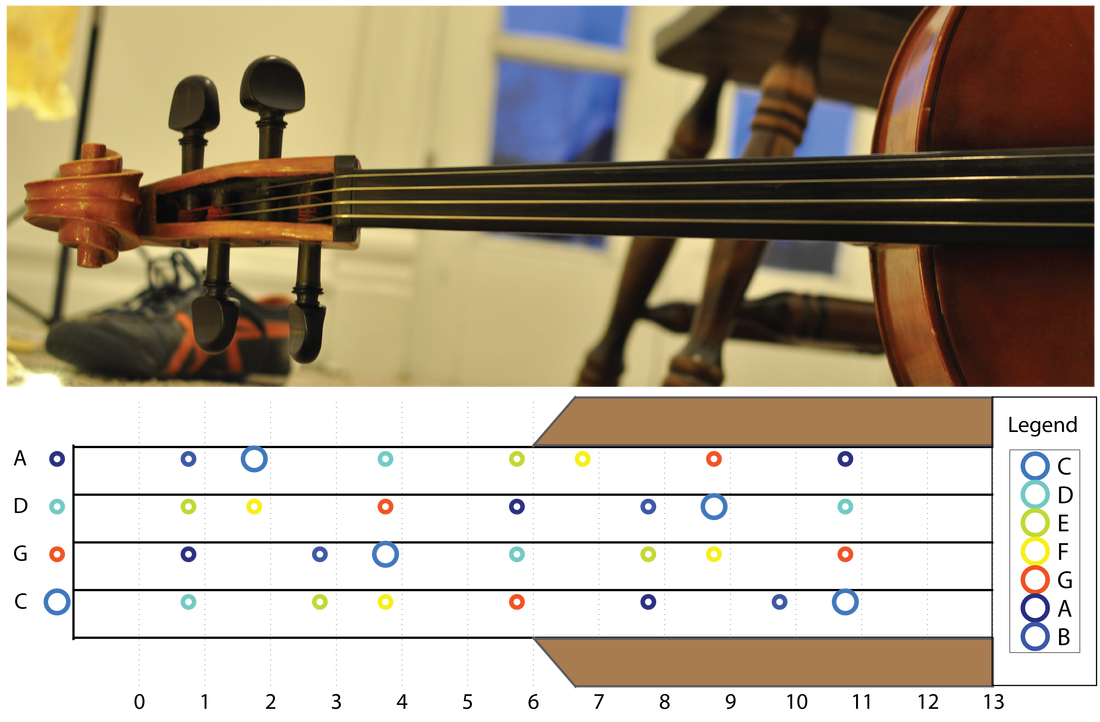 S  H  A  P  E  S
The best part of the program is that it enables you to see “shapes” in the scales.  For example: because major scales have the same spacing in notes, all major scales (regardless of the note) make the same shapes on the fingerboard.  This is true for all the scales.  They are like constellations.  I see a baby elephant. Check it out: 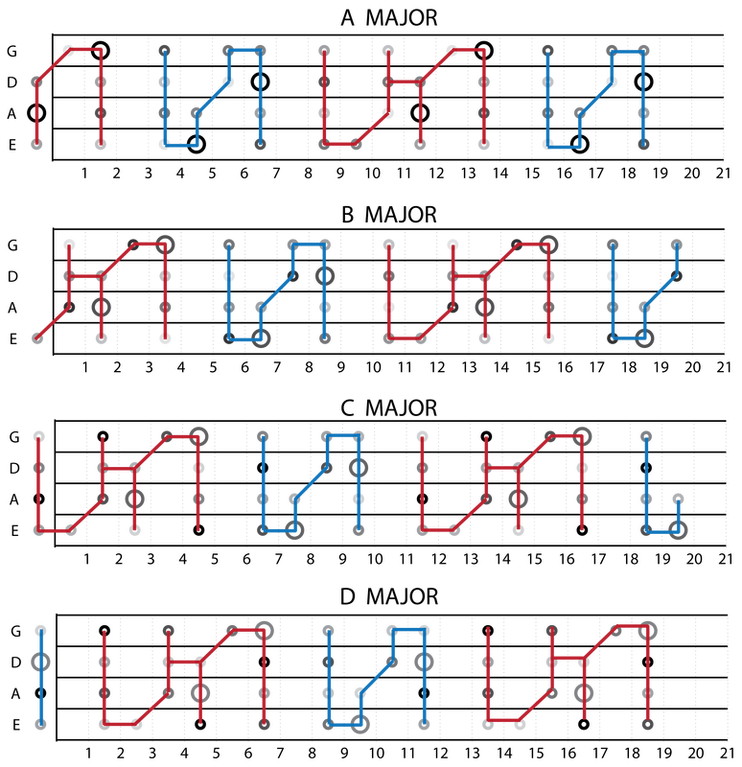 M I R R O R E D    C O N S T E L L A T I O N S
It was also cool to compare between the instruments.  The tuning for bass and cello are different: EADG and CGDA.  If you draw out the spacing between the notes, then you see something neat  When I say "draw out spacing," I mean count the number of steps between each open string.  For example there are 5 half steps between E and A (see the picture).  For the bass, the strings are all spaced 5 half steps apart.  For cello, the strings are spaced 7 half steps apart.  But if you reverse the tuning of the cello, it is the same spacing of the bass!  Therefore, the shapes created by cello scales are mirror images of the shapes created by bass scales.  Whoa! 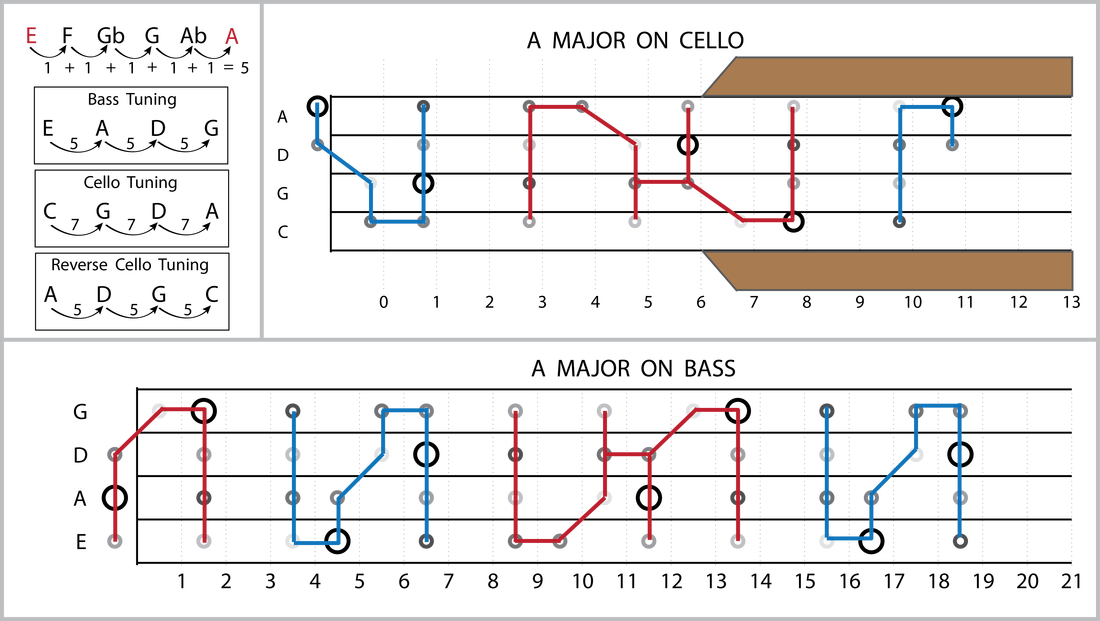