During 2011 in Pittsburgh, my friends Jeff, Pat, and I were finalists in a design competition funded by the Mascaro center. We designed and constructed a low-cost solar water heating system made out of recycled plastic bottles. The basic idea is to heat water using solar energy by designing an enclosure that maintains a high temperature.  It is by no means a new idea.  However, we thought it would be cool to design one that was cheap that could be constructed using recycled materials. We chose to build both a more conventional water heater with PVC, as well as the one out of recycled materials.  The enclosure of the conventional heater was a big box with a window, and the enclosure for the cheaper heater was a series of plastic bottles.

﻿Most supplies (which consisted primarily of plywood and piping) and tools were purchased at the Home Depot.  Some parts were also purchased at the Construction Junction in Pittsburgh, which is a big warehouse that has a bunch of neat old appliances, doors, toilets, lumber, neon signs, windows, and so on...  We constructed both solar water heaters right outside of my old apartment in Pittsburgh. The conventional heater held 23.3 liters, and the recycled heater held only 1. .5 liters.

We ran some tests after construction.  On a cool Pittsburgh day, we filled both heaters with water for one hour (see the videos).  We then measured the temperature of the water after sitting in each heater.  The amount of energy required to raise the temperature of water is proportional to the mass of the water and the change of temperature.  Performing the calculation resulted in the following energy being provided to the water from each solar water heater:

And because these both ran for an hour, the power each solar water heater ran at was:

A better way to compare these two heaters would be to make a larger reused bottle heater that held the same amount of water as the window heater. For the comparison to be completely fair, the area of the face of the heaters should be the same so that they receive the same intensity of radiation from the sun.

In the end, both water heaters worked and we had an awesome time constructing them. Also we ended up getting third place! 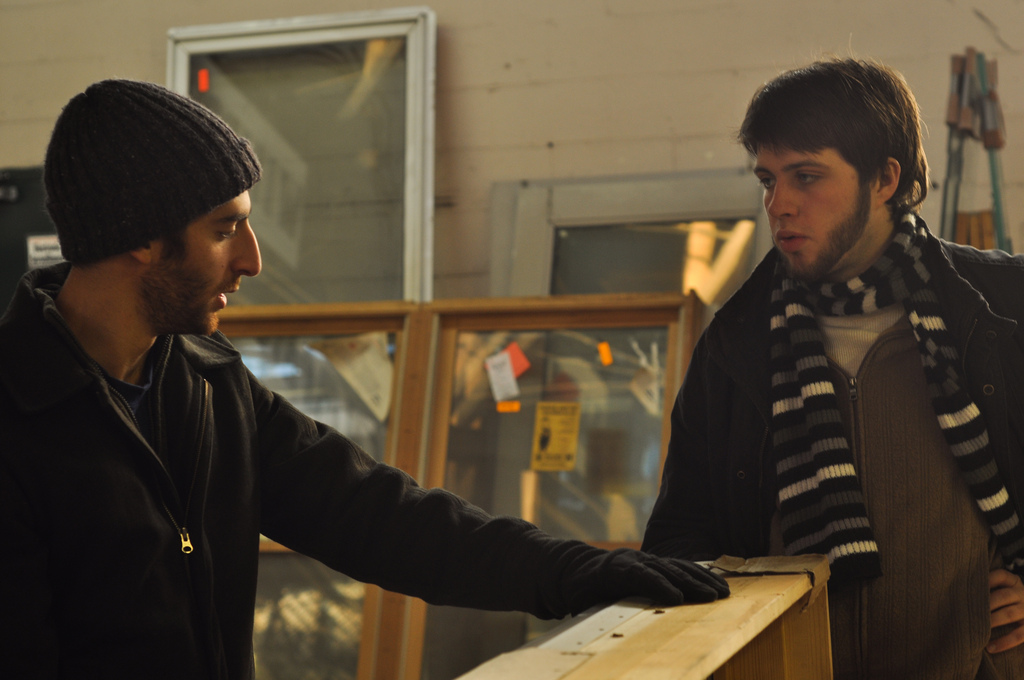 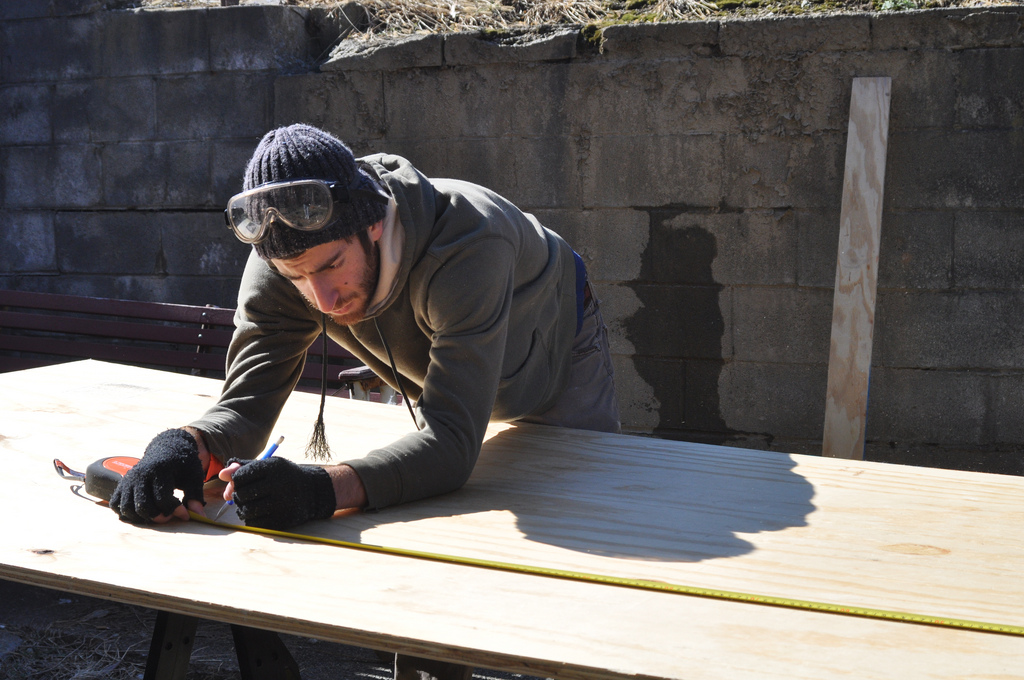 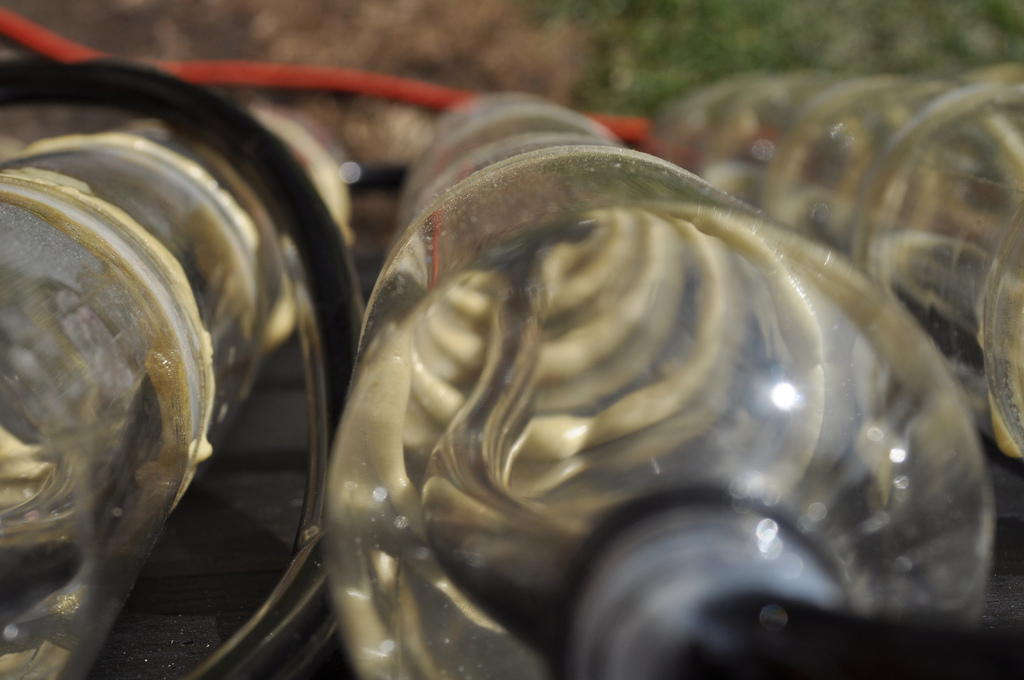 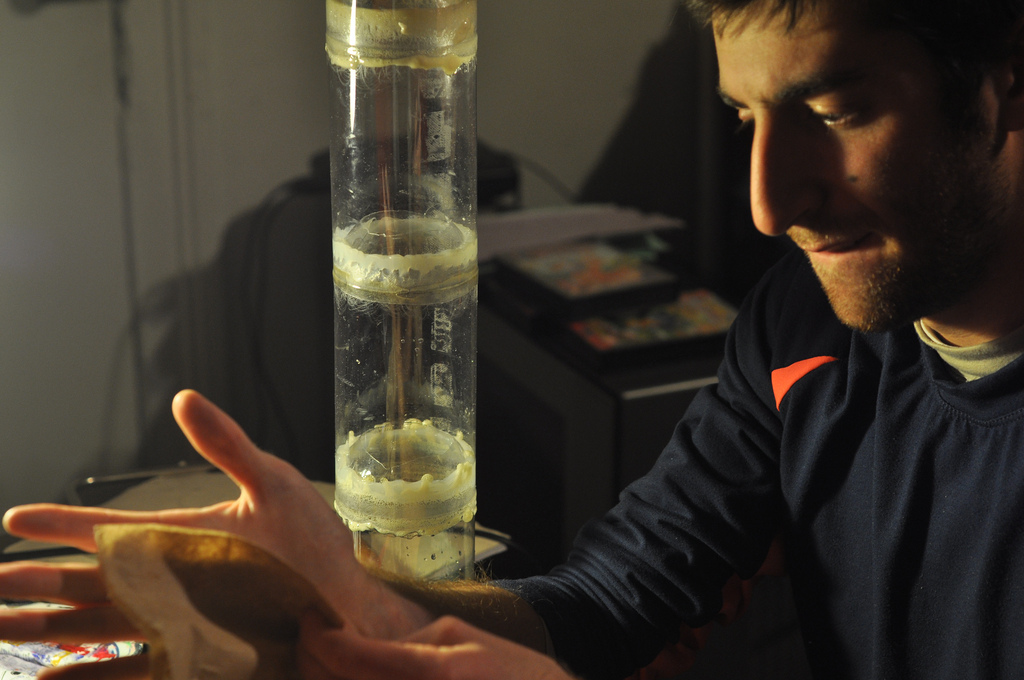 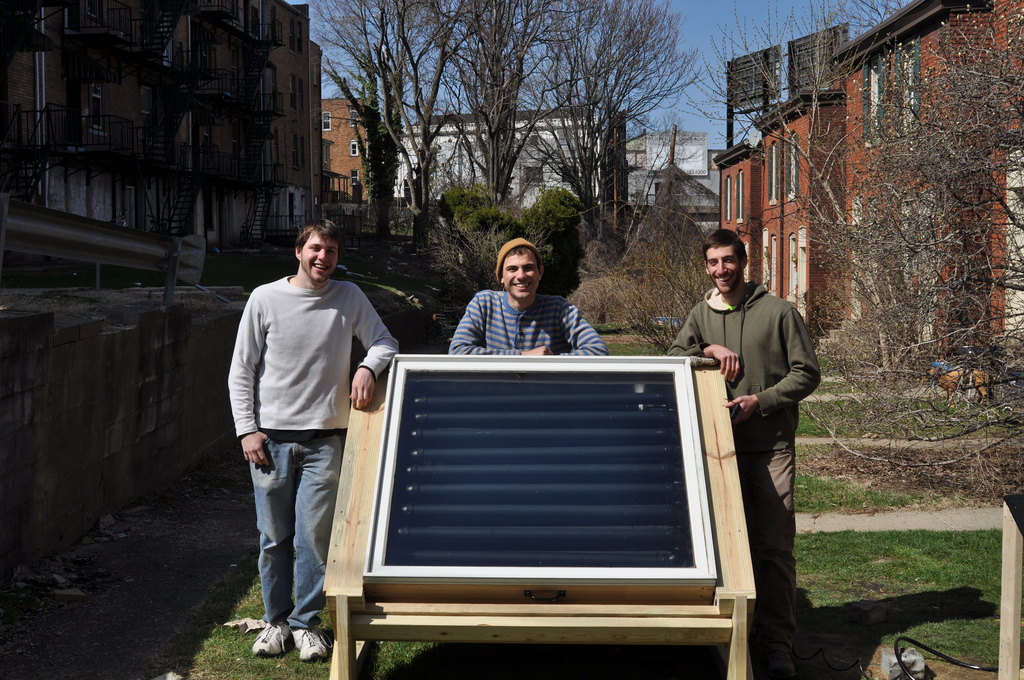